Across the world, people-powered movements are rising to demand big businesses act for our climate.

In 2020, a network of individuals, community groups, NGOs, finance researchers and shareholders successfully pushed the world’s largest investor, BlackRock, to invest in a safe climate future.

BlackRock, which manages more than USD$8 trillion, committed to stop investing its money in thermal coal.

Businesses are influenced by their stakeholders’ expectations. From customers, clients, shareholders and employees — to the broader community, these stakeholders are driving businesses to protect nature and act for our climate.

Here’s how to make big businesses act for climate

There is power in numbers. When businesses see a community of people demanding action, they take notice, especially if those people are their customers or shareholders. 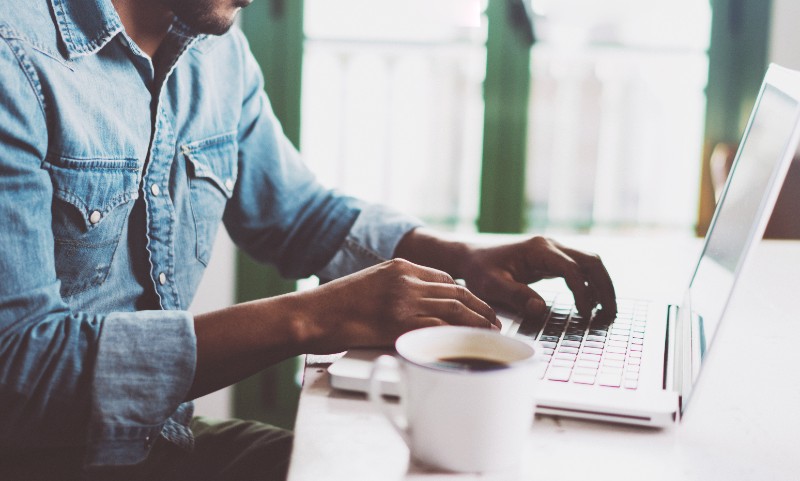 Recently, 200 members of QSuper and Sunsuper — due to merge in September 2021 — signed an open letter asking both super funds to take action on their commitments to invest responsibly.

Members then sent the letter to the executives of each fund. Both funds quickly wrote back to members.

The letters have put the spotlight on the funds to divest from fossil fuels and placed climate as a top issue for their merger.

Businesses constantly evaluate and update their products based on customer and community needs.

So if you’re a customer — or a community member, getting a business to strengthen their climate and environment policies can be as simple as sending an email or giving them a call. Even if you aren’t a customer now, you could be a target market. Your voice is equally powerful! 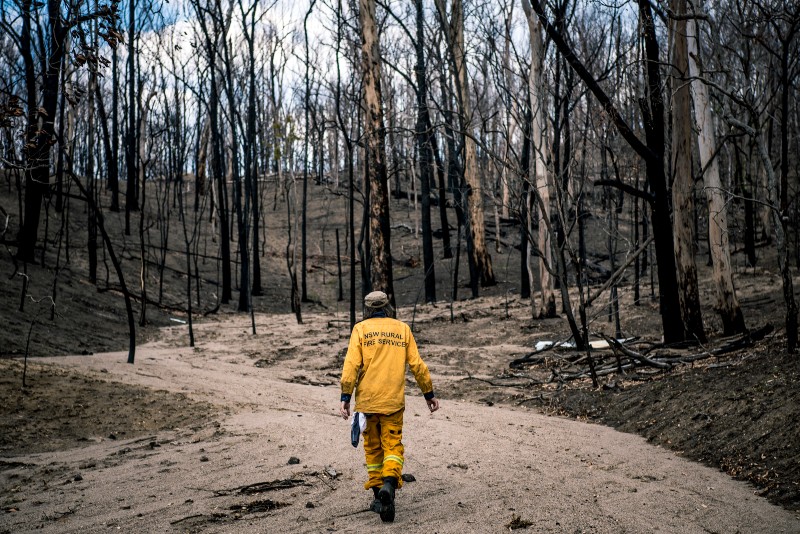 After the 2019–2020 bushfires, thousands of customers and community members emailed an open letter penned by Bushfire Survivors for Climate Action to Westpac’s CEO, asking Westpac to stop funding thermal coal by 2030.

Right now, Australia’s big 4 banks — ANZ, CBA, NAB and Westpac — are each investing billions in an outdated fossil fuel that harms our climate: gas! And they have no plans to stop. Email your bank and ask them to move their money out of gas to invest in a safe future for everyone.

Reputation and brand image is critical for businesses. They can only operate if the public supports them.

Calling out a business’s environmentally destructive actions on social media can impact their public reputation and challenge their social licence. 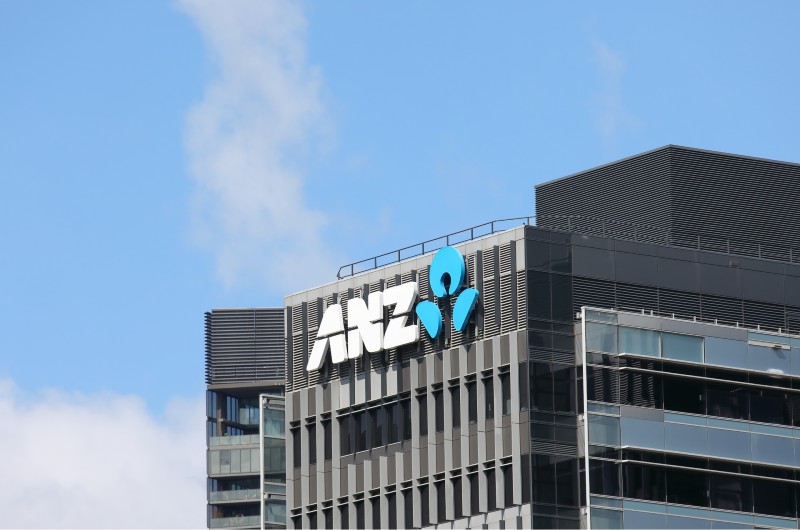 After ANZ updated their climate policy in late 2020, the media praised the bank for ending its investments in thermal coal projects by 2030. However, there were some big holes in the policy. ANZ failed to rule out investing in major thermal coal companies.

Hundreds of people flocked to Facebook to call out ANZ’s greenwashing and demand the bank divest from fossil fuels completely.

The reputational risk for investing in thermal coal became too big for the bank. In February 2021, ANZ divested from Australia’s largest coal port.

Some conversations are better in real life.

Attending a businesses’ office and talking to staff can help raise internal awareness of a companies’ environmental decisions. When employees also raise concerns, businesses can quickly shift their decisions. 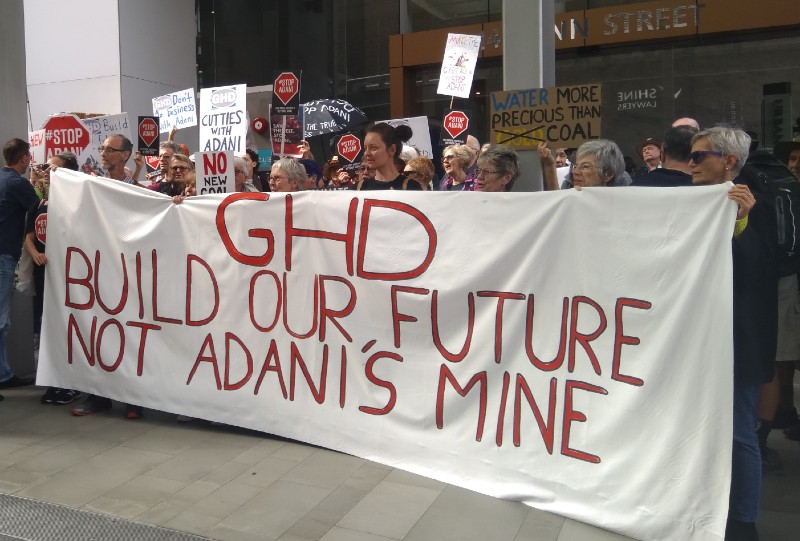 To stop Adani’s polluting coal mine, 20,000 ACF supporters signed a petition calling on engineering firm, GHD, not to work with Adani. Our friends at MarketForces provided leaflets to GHD staff exposing the firm’s decision to help Adani build its mine.

Stop Adani groups across the country also rallied outside 17 of GHD’s offices. Staff then raised their concern internally. Collectively, these actions led GHD to walk away from Adani.

5. Vote or ask a question at their AGM

Each year, big businesses hold annual general meetings (AGM). It’s a time when shareholders can ask questions about a business’s environmental actions and plans, and vote on resolutions to reduce emissions.

Actions at an AGM force the CEO and Board to grapple with their impact on nature. 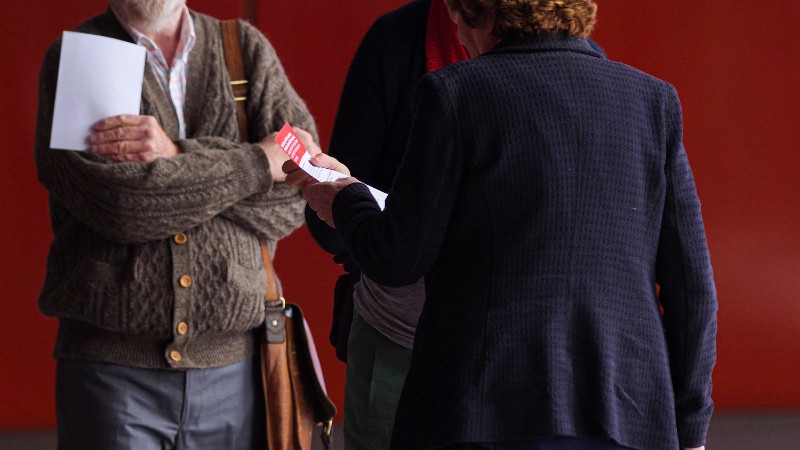 In 2019, ACF supporters attended the AGMs of Coles and Woolworths. Geared with information and trained in public speaking, supporters asked the companies to cancel their memberships with industry groups who had poor climate policies.

These actions led Coles and Woolworths to engage with their industry group, who then committed to advocate for net zero emissions.

Want to put these skills into action, and make a big business act for our climate?

Right now, Australia’s big 4 banks — ANZ, CBA, NAB and Westpac — are each investing billions in an outdated fossil fuel that harms our climate: gas! And they have no plans to stop.

Email your bank and ask them to move their money out of gas to invest in a safe future for everyone.