It was getting seriously hot under the marquee at the ACF Convergence event at Camp Warrawee. I could feel beads of sweat running down my back. There was no breeze and the humidity was suffocating. Maybe I should have an escape plan in case I was stricken with heat induced nausea. Maybe I will faint. Anyway, what was I doing here? Could this little group of well-meaning citizens do anything to stop catastrophic climate change and Adani’s massive coal mine?

Then something happened that banished the doubts in my feverish brain. Something that brought wonderment and hope to our gathering. Mark Gillow, a mild-mannered learning designer from Greenslopes, was asked to take the microphone and tell his story. He began speaking in a gentle Canadian accent.

He told of how he took his children Zoe and Bradley to Lady Elliott Island in 2007 to show them the wonders of the Great Barrier Reef. There was a problem. Bradley was frolicking among the fish but 10-year-old Zoe was terrified and tearful. It took a lot of coaxing before she finally put her head under the water. Then something miraculous happened.

"The wonder of the reef took over and Zoe’s fears left her,’’ Mark said.

"For the next three days, she was in the water constantly, swimming here and there and rescuing turtle hatchlings.’’

Mark says that holiday forged a special bond with his children and gave him a powerful motive to get involved with the ACF and attend the Convergence training weekend.

"I feel that unless people like myself do something, the reef won’t be there for people to take their kids and grandkids to.’’

After Mark finished speaking, the Convergence group seemed energised and focused. Kathryn McCallum, the ACF Communications and Mobilisation Manager, had been speaking about Public Narrative and the Story of Self, and how a powerful story could galvanise people more than a string of fact and figures. Mark's story was a perfect example of this principle in action. 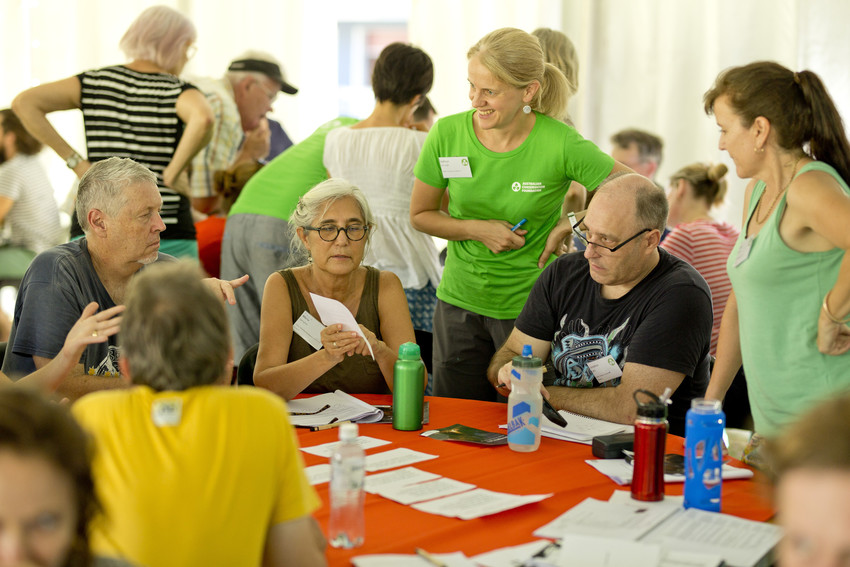 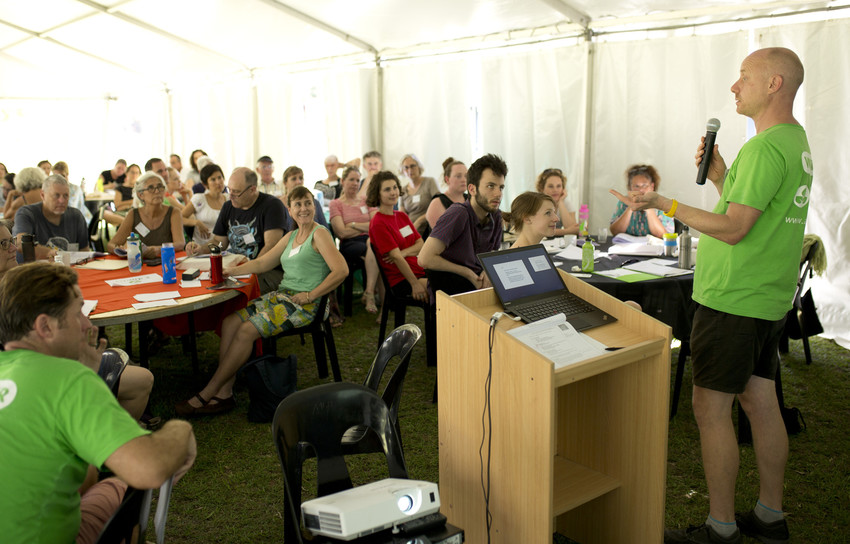 Later that day I told my story. I said I was sick of feeling helpless. I had spent too much time reading the reports about a warming world, of bleaching reefs, melting glaciers and record heatwaves. Too many hours reading the words of denialists who said CO2 was harmless plant food and climate change was a scam. Maybe the battle was already lost. Then I said I had been inspired by an article by the great Australian author Tim Winton who argued passionately that there was no room for despondency in the fight to save the Great Barrier Reef. A planet that could not support the reef would eventually become a planet which would not support human life. We were in a battle for survival and had to fight as hard as we could.

I concluded that I had come to Convergence to meet like-minded souls, to get organised and take action.

I spoke those words late on Saturday. By Sunday evening, I was a member of the newly-formed South Brisbane-Logan ACF Local Action Group. We had planned our first meeting and first event. Our aim is to support ACF in its campaigns to stop Adani and promote a shift to renewable energy.

As I was driving home, I thought about the many highlights of the weekend. About the infectious enthusiasm of ACF CEO Kelly O’Shanassy, the fierce determination and passion of Aboriginal elder Kenny Peters Dodd, and the kind assistance given by ACF staff including Isabella Morand, Karl Goodsell, Asren Pugh and Michael Pulsford. And the long swim in the (very clean) Camp Warrawee pool. After all that heat, it was a life saver. 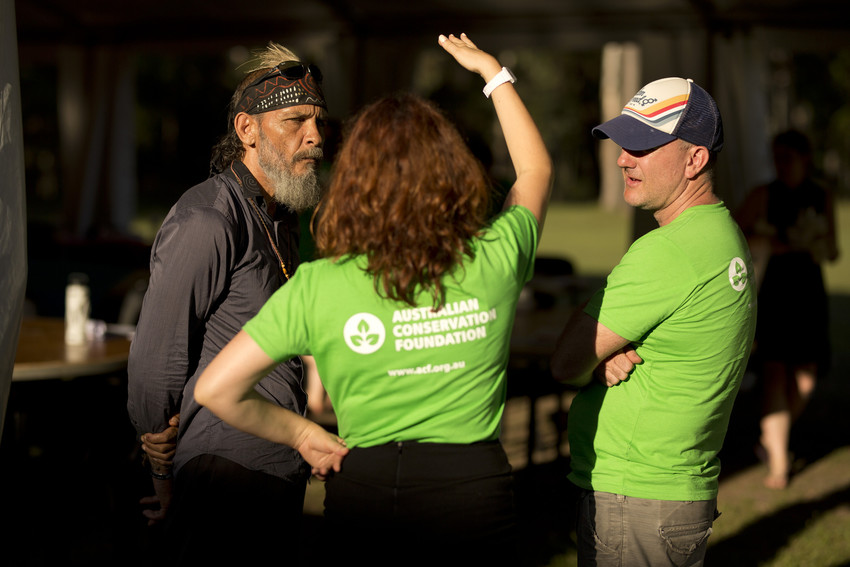 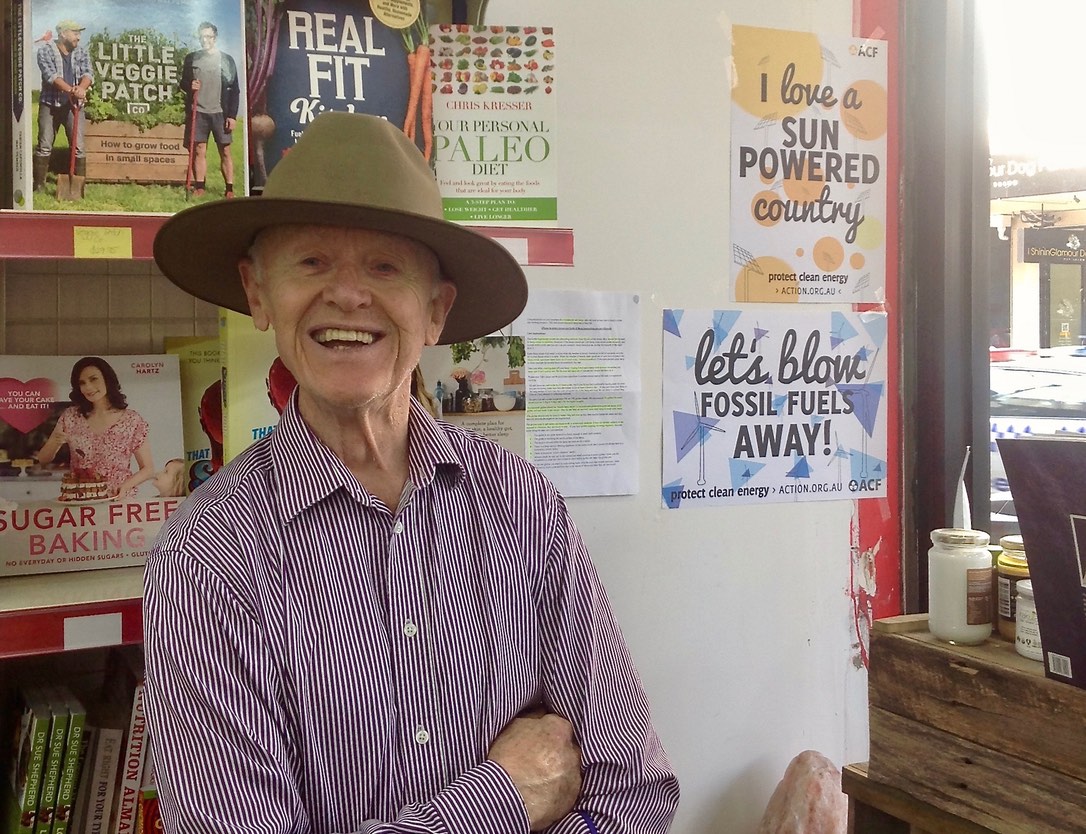 And I was thinking of another story which came right at the end of the weekend.

It was told by Rob Gordon, a sprightly and elderly man who hails from Melbourne but spends a lot of time in Brisbane with his relatives up here.

Rob is a tireless activist and has put up more than 1500 ACF posters in 800 shops in Brisbane and Melbourne (check out Rob's poster album here). He says that most shop owners are overwhelmingly supportive.

"Sometimes I get permission to put up posters in six shops in a row,’’ he said. "I am so moved that I am almost weeping.’’

With people like Rob in our ranks, there is no way we can lose. 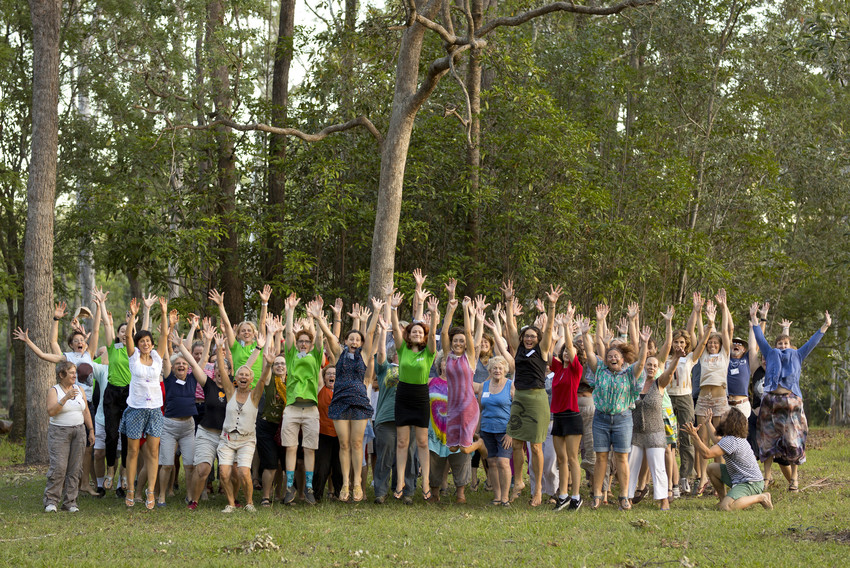 So let's get on with it!

David Costello attended the ACF Convergence event in Brisbane from 17-19 March 2017. You can follow David on Twitter at @foodfossicker.

Checking the facts on climate change and nature

Analysis shows government is stifling access to information about the environment

Access denied: How Australia's freedom of information regime is failing our environment