Terms like ‘harmless’ waste are misleading and downplay the seriousness of the problem with nuclear waste, writes Dave Sweeney.

The striking thing about radioactive waste is that it never goes away. Right now decisions and plans around managing this zombie waste are out of the shadows and back in the public eye.

The striking thing about radioactive waste is that it never goes away.

The two are separate processes but both clearly share common themes of waste and place – and both require serious public scrutiny.

The national plan is for a co-located facility for the permanent burial of low level waste and the above ground storage of higher level waste pending a future management decision in one to three hundred years. So we are making decisions here that would directly impact generations well beyond our own.

It’s important to name and dispel some of the myths surrounding this plan, including that it is only low level or ‘harmless’ waste constituting little more than what Minister Frydenberg has described as ‘gloves and goggles’. This misleading language downplays the seriousness of the problem.

In fact, any national facility would be home to Australia’s highest and longest lived radioactive waste including reprocessed spent nuclear fuel and the containment structures, pipes and wires of the Australian Nuclear Science and Technology Organisations decommissioned previous nuclear reactor.

A further myth is that a single national facility would mean the end of decentralised storage of waste at universities, hospitals and industrial sites. Proponents of the national waste dump talk up the good sense in moving the waste from 120 sites to just one single facility - but in reality this was never the plan and is simply not possible.

In fact, almost every site in Australia that currently uses nuclear material would still need to hold that material securely until national facility collections, expected every two to five years, occurred.

And then there is the confusion and contest over nuclear medicine. All parties agree that reliable access to the full range of nuclear medicine options and procedures is necessary but there are deeply divergent views on what this entails.

There is confusion and contest over nuclear medicine.

Some proponents argue we need a national waste facility as well as ANSTO’s reactor, some favour the reactor alone, while others maintain that neither a waste facility nor a reactor are required and point to the Canadian example of cyclotron based production of  nuclear medicine.

Amid this uncertainty, it is clear that no single view has a monopoly on public positioning around nuclear medicine.

The plan for a national waste facility in northern South Australia has drawn attention because it comes despite clear and widespread Aboriginal opposition from adjacent Aboriginal landholders, a key Elders group and the Adnyamathanha Traditional Lands Association.

Given that for the past two decades every former federal facility plan at multiple sites in South Australia and the Northern Territory has failed on the basis of Aboriginal and civil society opposition this latest plan seems more likely to replicate past mistakes than advance responsible radioactive waste management. 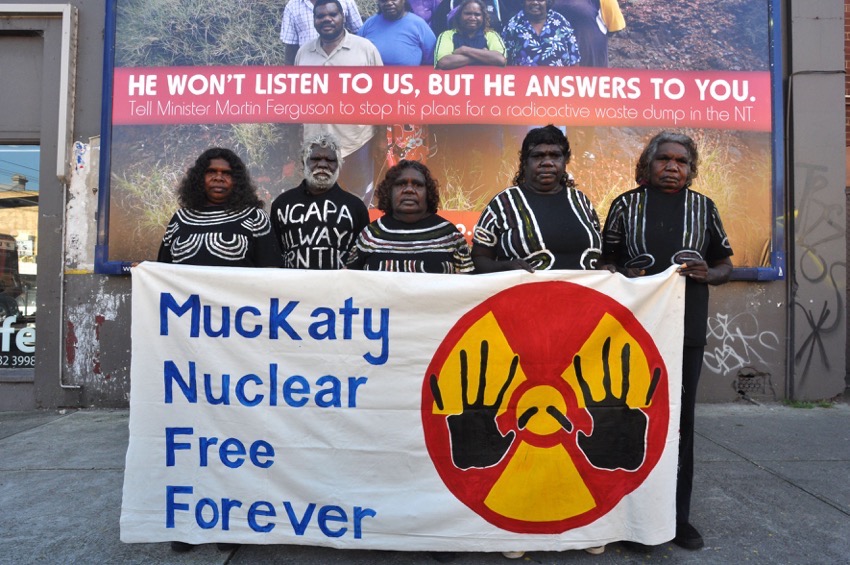 For seven long years, the Muckaty mob fought to stop radioactive ruin on their country. They won. Now another remote community faces the same challenge.

The increasing chatter over South Australia hosting high-level international radioactive waste further complicates the landscape. The Royal Commission exploring options to increase the state’s nuclear sector has recommended a plan to open the door to up to one-third of the world’s worst nuclear waste.

The proposal was flagged in the Royal Commission’s interim report in mid-February and is expected to be further detailed in the looming final report. A growing band of critics have looked beyond the adjectives and enthusiasm and presented compelling critiques of the international dump plan.

This is not the first time an international waste dump has been pushed in Australia including a previous derailed attempt by a consortium called Pangea Resources in West Australia in the 1990’s. The fledgling global dump plan also lacks political bi-partisan support with federal Labor re-committing to ‘strongly oppose’ international radioactive waste import and storage at its national conference last year.

It seems clear that in a variety of ways the waste that never dies is once again set to generate some significant heat. Hopefully for South Australians, and all Australians, this time round the debate might lead to evidence-based policy rather than industry driven politics.

This article first appeared at SBS

How did Australian uranium end up in war-torn Ukraine?