Australians will not stand by while the Great Barrier Reef becomes a bleached wasteland and our Prime Minister entrenches Australia's dependence on a dirty, declining industry, writes Geoff Cousins.

First published in the Canberra Times.

In what could become a defining legacy moment for Prime Minister Malcolm Turnbull, news reports are indicating the federal government is set to direct up to a billion dollars of public money from the Northern Australia Infrastructure Fund to build a railway to one of the world's biggest new coal mines in the Galilee Basin. 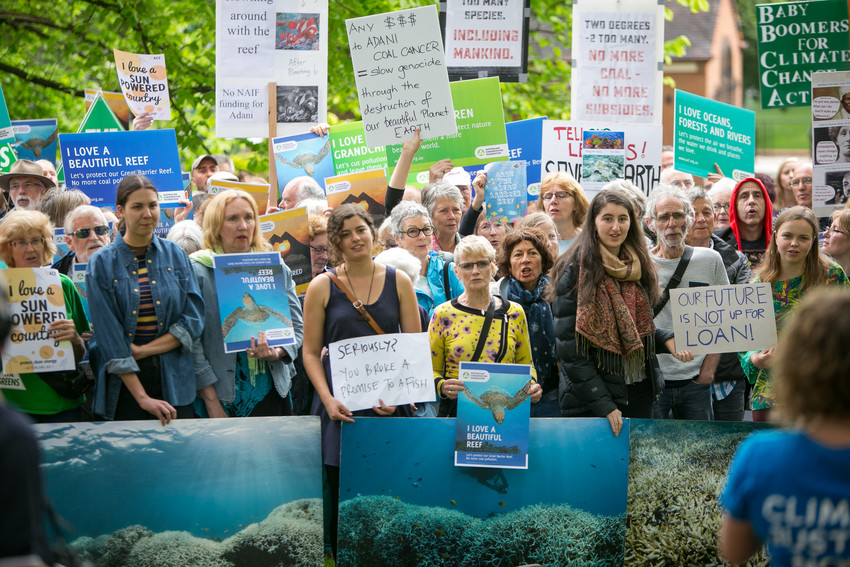 Hundreds of people rallied in Melbourne and Townsville as billionaire polluter Gautam Adani met with the Prime Minister and the Queensland Premier to push ahead with Adani’s giant polluting coal mine.

Recent political history tells us the government wouldn't be willing to prop up SPC Ardmona or the car industry, but it seems to have no such qualms handing out public money to fund a multibillion-dollar coal company.

Investment in coal in the 21st century is a negative investment.

Investment in coal in the 21st century is a negative investment. The world is rapidly moving to phase out coal to tackle climate pollution and honour the commitment made in Paris to limit global warming to less than two degrees, but the Coalition government seems determined to drag Australia back to last century thinking.

The Northern Australia Infrastructure Fund was established to lift opportunity and productivity in our nation's north with vital public infrastructure and services such as health, education, technology and essential research.

It was supposed to be about lifting Indigenous participation and access to the economy, and was sold to the Australian people with talk of making the north a hub for the Asia Pacific where tropical science, research and medicine could thrive. It was policy the Coalition crowed about as ensuring sustainable agriculture and pastoralism so they could thrive alongside a booming and well supported tourism industry.

The NAIF was certainly not designed as a coal industry handout or a Christmas slush fund to Indian transnationals to build a coal mine that will pump out more pollution than New Zealand and sit right beside Australia's already climate stressed Great Barrier Reef. 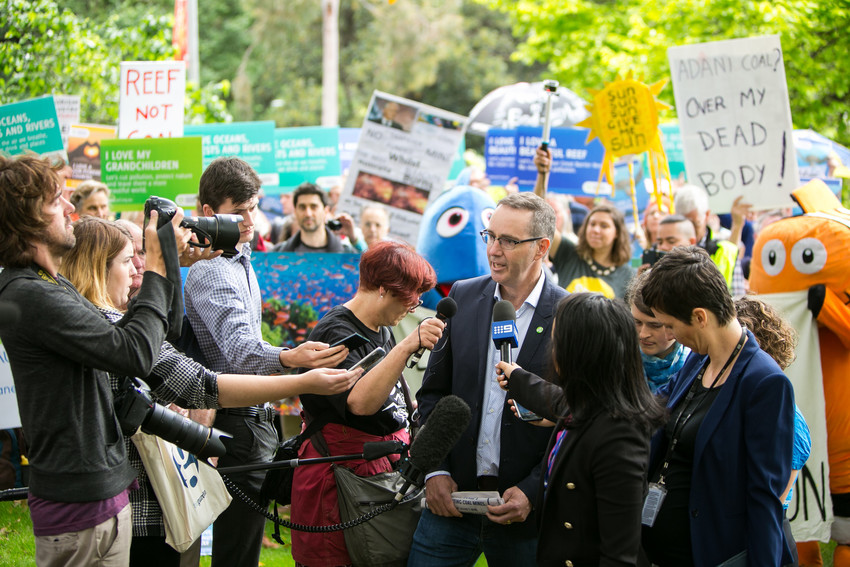 ACF Campaigns Director Paul Sinclair tells media at the snap rally in Melbourne that there is no social licence for Adani's giant polluting mine.

Long before this funding announcement was made, the project has been fought by the region's traditional owners. The federal and state governments have been embroiled in unresolved legal challenges from local Indigenous groups defending their country and rights. Against this backdrop of sustained Indigenous opposition, a gift of a billion dollars of NAIF funding adds insult to injury.

Directing 20 per cent of NAIF money into a railway to nowhere in the Galilee Basin carries massive opportunity costs to other potential projects in the north. The fact is that the Adani mine is clearly not a regional development project. The rail line has no broader economic development benefit other than to the Adani mining company.

As Bill Shorten has said this week, and even Mr Turnbull himself has previously stated, if this Adani project is to operate it should stand on its own two feet. Put simply, if the mine can't proceed without undemocratic financial assistance from the Australian government then it shouldn't proceed.

The current lack of funding by Australian banks and international financiers is a clear vote of no confidence in the project.

The current lack of funding by Australian banks and international financiers is a clear vote of no confidence in the project. It seems the federal government is under the grip of the coal industry. What other businesses get such handouts from the government to ensure their financial viability? 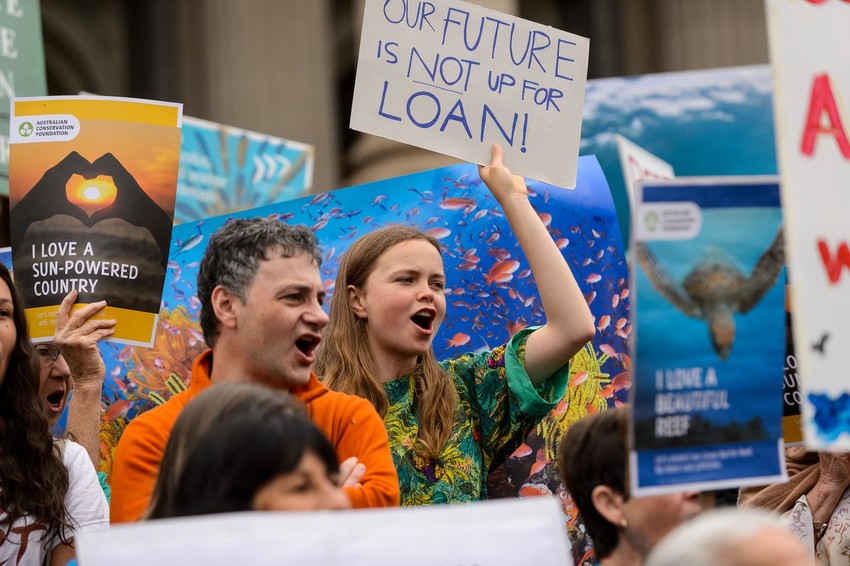 Young and old generations rally to call on the Prime Minister to use public money for the public good.

Now is the wrong time for any government anywhere in the world to be approving massive new coal precincts. The Adani mine has become a global line in the sand that will become the most bitterly resisted mine in recent Australian history should it proceed. There is just too much at stake.

Australians will not stand by while the Great Barrier Reef becomes a bleached wasteland and our Prime Minister entrenches Australia's dependence on a dirty, declining industry.