Under cover of darkness, Adani began bulldozing this highly significant Wangan and Jagalingou sacred site and is now laying explosives in the areas immediately surrounding it. We must act now before it's too late!

Adani plans to desecrate and destroy a significant Wangan and Jagalingou cultural heritage site lying in the path of their rapidly expanding mine pit – the site contains the highest concentration of artefacts uncovered at Adani’s Carmichael coal mine to date. 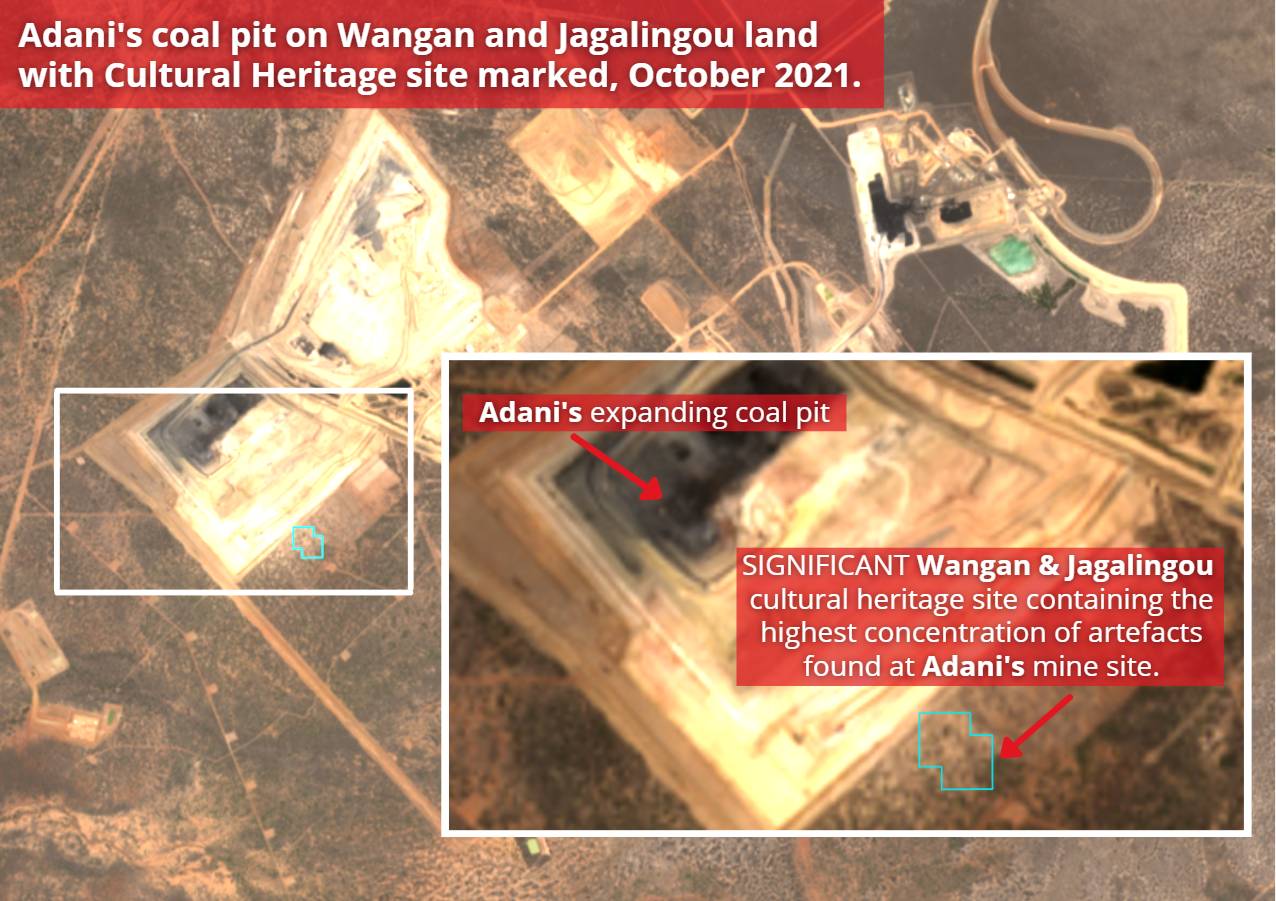 The site is an ancient stone tool making area that Wangan and Jagalingou people utilised for thousands of years. Hundreds of artefacts have already been collected, and thousands more remain. These artefacts cannot be destroyed.

The Queensland Government must act now by issuing an immediate stop work order to halt Adani’s destruction of this cultural heritage site.