The Northern Territory is a beautiful place. But right now, 85% of the Top End is under oil or gas license, with companies lining up to frack thousands of wells across the Territory.

At the last election, the Gunner government was elected to put a ban on fracking — but only a temporary one.

The NT Government is currently deciding whether or not to lift their temporary ban, and the Federal Government is piling the pressure to open up gas reserves and allow fracking through our precious groundwater.

The people of the Territory need to speak up and show the NT Government that fracking is not an option in the Territory.

On Saturday 18 November, there will be a rally outside of Parliament House, followed by a barbeque in Civic Park with lots of fun stuff to do:

Bring your family and friends to enjoy this big Territory day out and protect our lands, livelihoods and water for future generations. 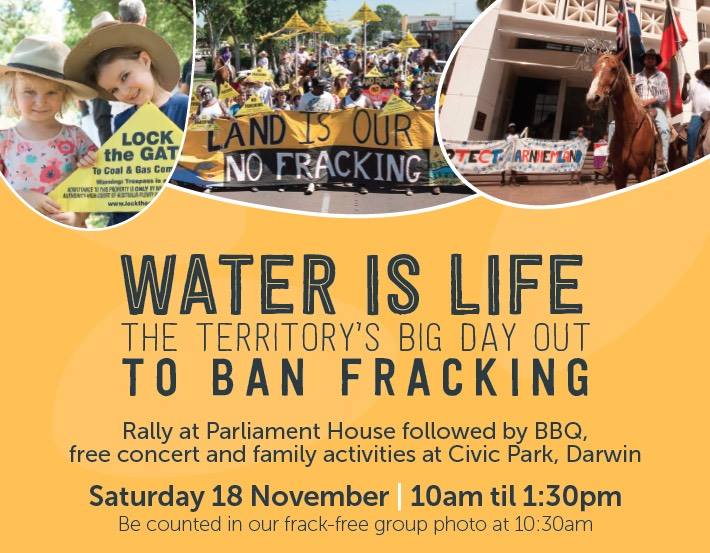 This is an independently run event hosted by our movement partners, Lock The Gate and Seed.