COP15 is the 15th meeting of the UN Convention on Biological Diversity, or CBD, which was established at the Rio Earth Summit in 1992. At the conference, countries will form an international agreement deciding how they will work together to protect nature.

This year’s Nature COP is so important because countries will sign off on a new Global Biodiversity Framework – a set of goals and targets for the next decade that countries will try to deliver together, for nature.

Let’s call them the ‘Global Goals for Nature’. 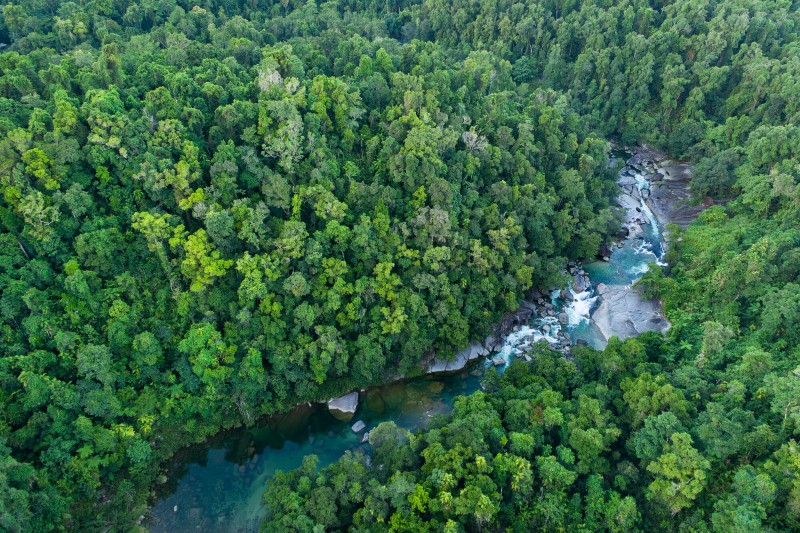 Why do the Global Goals for Nature matter?

Nature underpins our lives, our health and our economy. The air we breathe, the water we drink, the food we eat. The places we escape to. Our identity.

Sadly, nature is in crisis. More than one million species are threatened with extinction around the world. Nature is being destroyed at a rate never seen in human history.

About 75% of land-based environments and 66% of marine environments have been significantly altered by human actions, leading to a global environmental crisis.

To solve a crisis, you need to set clear goals.

Australia should back ambitious Global Goals for Nature

When it comes to nature, few countries have as much at stake as Australia. Our ancient landscapes and unique wildlife are found nowhere else on earth.

But Australia is a global deforestation hotspot alongside places like the Amazon and Congo: 19 of our most important ecosystems from the Great Barrier Reef, to the Murray Darling River Basin, and the Australian Alps are collapsing. We also have one of the worst extinction records in the world. 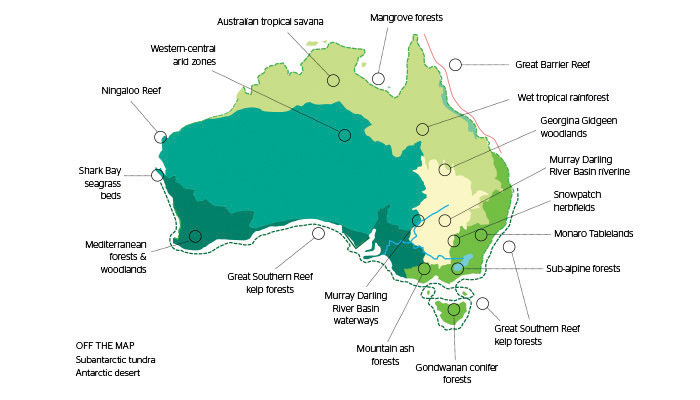 Our nature needs us – and all nations – to come up with some big goals to solve this crisis.

Luckily there’s a lot of science to tell us what nature needs.

Much of the nature destruction is connected to the global food system as more and more land is converted to raise livestock and grow commodity crops (mostly to feed livestock).

Few industries rely on nature more than farming – 75% of the crops we eat are pollinated by animals, like bees and butterflies.

Humans and the livestock we farm to feed ourselves now make up 96% of the mass of all mammals on earth – all the wild animals like kangaroos and wombats, tigers and elephants, mice and monkeys together only make up the remaining 4%. 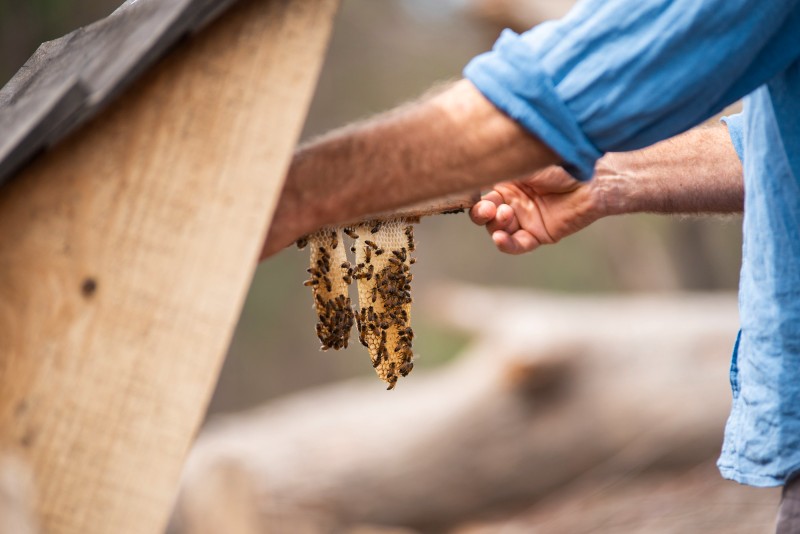 How can we stop destruction of nature at COP15?

For starters, we need an overarching, binding goal or mission to stop and reverse nature destruction and set the world on a path to recovery, so that by 2030 nature is in better health than it is now.

The world's scientists tell us we must solve nature and climate together or we will solve neither, so tackling climate change will be an important piece of the puzzle.

We’re also going to need to: 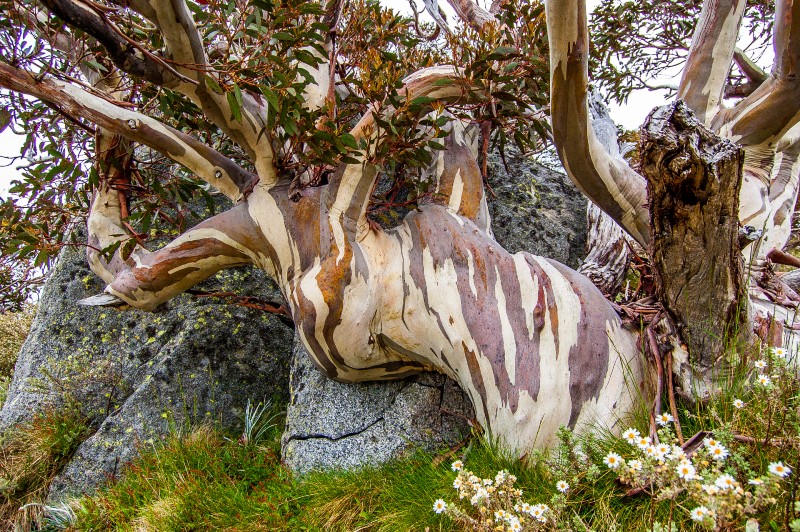 Will Australia be the leader we need at COP15?

Australia can be a leading contributor at the Nature COP. But it’s going to take a big step up.

In a sign that the federal government will start taking the extinction crisis seriously, Prime Minister Anthony Albanese signed the global Leaders’ Pledge for Nature, joining world leaders from more than 90 countries committing to work together and reverse nature destruction by 2030.

This is a welcome step forward, and to show further leadership, the Prime Minister and Environment Minister Tanya Plibersek should attend COP15 personally, and put Australia at the forefront of global efforts to protect nature. 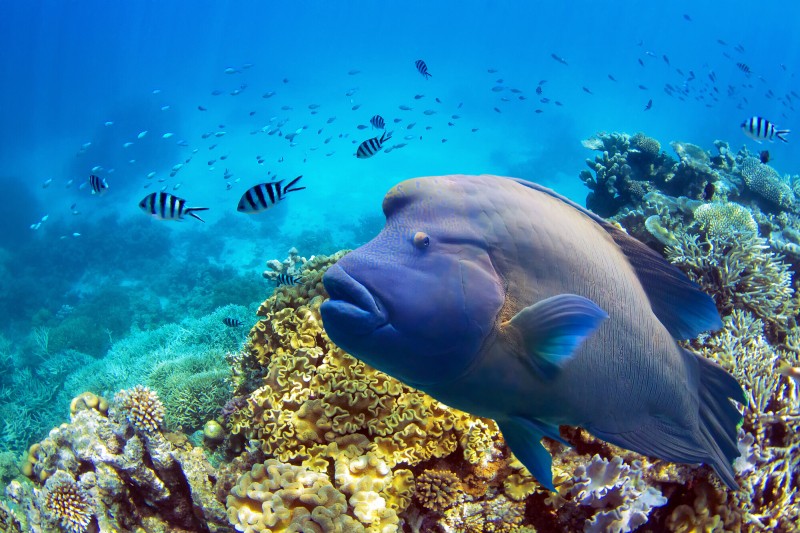 In June last year, all members of the G7 – the UK, US, France, Japan, Italy, Germany and Canada –signed a global compact for nature to reverse biodiversity loss, halve carbon emissions, and protect at least 30% of the land and 30% of oceans in their own countries to contribute to a global ‘30x30’ target.

While Australia supports the global 30x30 target, we haven't committed to protecting 30% of land at home.

The UK Prime Minister said: “Protecting our planet is the most important thing we as leaders can do for our people. There is a direct relationship between reducing emissions, restoring nature, creating jobs and ensuring long-term economic growth.”

The World Economic Forum lists biodiversity loss as the third greatest risk to humanity and the global economy, along with climate action failure, and extreme weather.

In response, thousands of global businesses have called for more ambition at this year’s COP15 and global goals for nature to stop and reverse nature destruction.

In 2012, just after the last set of global goals were written, Australia created what was then the largest network of marine protected areas in the world. We've shown we can be a leader before. We can do it again.

It’s welcome that Environment Minister Tanya Plibersek will be there at COP15 when global leaders sign off on a new 10-year Global Biodiversity Framework, and we need the Australian delegation she leads to step up in Montreal.

Australia must be a champion for strong global goals that unite and hold governments and businesses accountable to stop biodiversity destruction, end extinction and restore nature to better health.

Add your voice to the petition to the federal government, asking them to support ambitious global goals to stop and reverse nature destruction and set the world on a path to recovery, so that by 2030 nature is in better health than it is now.

Invite your friends to raise their voice for nature too. 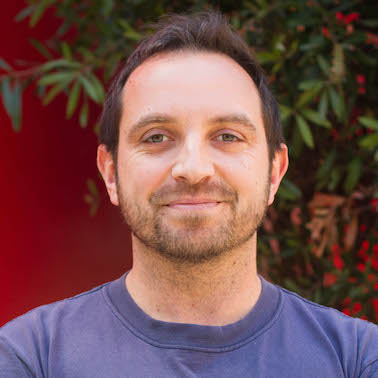