All my bags are packed, I’m ready to go. But I won’t be leaving on a jet plane.

In total I expect to climb nearly 27,000m which (I think) is more than three ascents of Mt Everest.  My walking companions are Marc, a friend of 13 years, and Brad, a friend of Marc's.

I'm doing this because I like walking. I'm privileged to have the financial, physical and other resources and supports to give it a go. Fundraising is not my primary motivation.

However, I am deeply aware that the impacts of the climate crisis are here now and will continue to worsen – we need to act now to create a world that works for every living thing.

I will be off grid most of the time, but will post occasional updates. Should my walk inspire you, feel free to donate to my Climb It For Climate adventure here, or join up yourself! 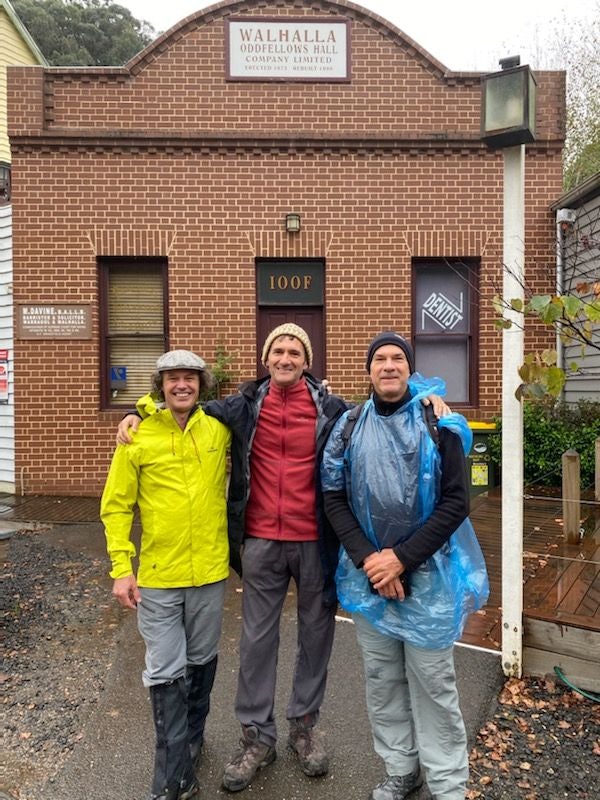 Starting from Walhalla we headed down to the Thompson River then followed it upstream, veering away from the river at Fingerboard Spur for a step stretch up and over to our camp for the night.

A big day of climbing today.

From the river we ascended to Mushroom Rocks them Mount Erica and onto the Baw Baw Plateau. Soon after we entered the granite and sky country a couple of flame robins popped by to say hello.

Walking through snow gums and strands of northofagus (southern beech), a Gondwana remnant, a flock of gang gangs popped by to make sure we'd found our camp for the night.

The rock shelter looked cosy so I'm foregoing the tent.

A sign at Mushroom Rocks reminds us that for Brayakooloong and other First Nations people, this sky country is a place 'where spirits dance'.

Ancestors would journey up to gather food and conduct important spiritual, cultural and intertribal business.

I hope that our walk will be respectful of the thousands of generations who have walked, sung and cared for this land since forever.

Part of that is about 'paying the rent' (more on that in a future post), another part is about learning more about the impacts of invasion and the attempted genocide that followed.

The passage below that is a record of a massacre nearby is not an easy read, but it is an important one:

“After four days' march through the barren mountains which separate Western Port district from Gippsland, then on the fifth day sighted the smoke of some fires on the skirts of the beautiful pastoral district there. On the following day, about mid-day, they surprised the camp, making prisoners of all in it, which consisted only of some old men and some children. They then went in search of the able-bodied men whom they espied busily fishing on the banks of a large river not far off. They managed to sneak up on them within ten or twenty yards, and then blazed into them, killing and severely wounding every one of them, seven in number. Those who escaped the first volley jumped into the river and swam across, but the second volley brought them all down... having mustered their forces at the camp where they had captured the old men and their children, they despatched (sic) them also, and then commenced their retreat.”

Strong winds last night, settling to heavy cloud and rain in the early hours. I stayed snug and dry in the rock shelter.

We set off early, knowing we had a lot of walking to do today. After traversing the gentle undulations of the Baw Baw plateau, we descended through Mountain Ash forest to camp by the Thompson River.

After a late lunch, we decided I would go ahead a bit to find the campsite before sunset, with Brad and Marc following (We have two PLBs between us, so all good).

The Eugene O'Neill reference and a moment or two of what Paddy Pallin called 'geographical embarrassment' notwithstanding, it all worked out.

Walking 27km carrying full packs is a pretty solid effort and it's good to know we can do it when required.

As usual for me on a long walk, three days in and the pack is starting to feel more like a part of me and less like a burden. The inner space of my thinking is letting go of city rhythms and switching to the broader, deeper horizons of walking time. 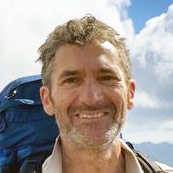