Whatever the election outcome, thank you!

Together, we ran a truly massive campaign to make climate action the number one issue for today’s election.

Over a year ago when were preparing to launch this campaign, calling it the climate election seemed like a stretch. But here we are… we did it! This really is The #ClimateElection.

The shift in public concern over the past year has been seismic.

One million people filled out ABC’s Vote Compass and the environment was the number one issue. Eighty one per cent of voters want more government action on climate change.

We banded together and we...

Thousands of us worked weekend after weekend, day after day.

I can't stop scrolling through all the photos. They give me so much hope! They're proof: when we band together, we can do amazing things.

You donated more than just hours, dollars and cents. Your generosity was pivotal, change-making. Thanks to people like you, we reached several million people with an ad campaign about climate change. We put this issue on billboards at busy intersections. On radio and prime time TV. On the front pages of local and national newspapers.

Right across Australia, in kitchens and at front doors, on mobile phones and at market stalls, at candidate forums and polling places, passionate people like you had hundreds of thousands of conversations about why climate action matters.

And as I send this email, hundreds of wonderful people are standing outside polling places right across the country, handing out 185,630 Climate Election scorecards and asking people to be climate voters. 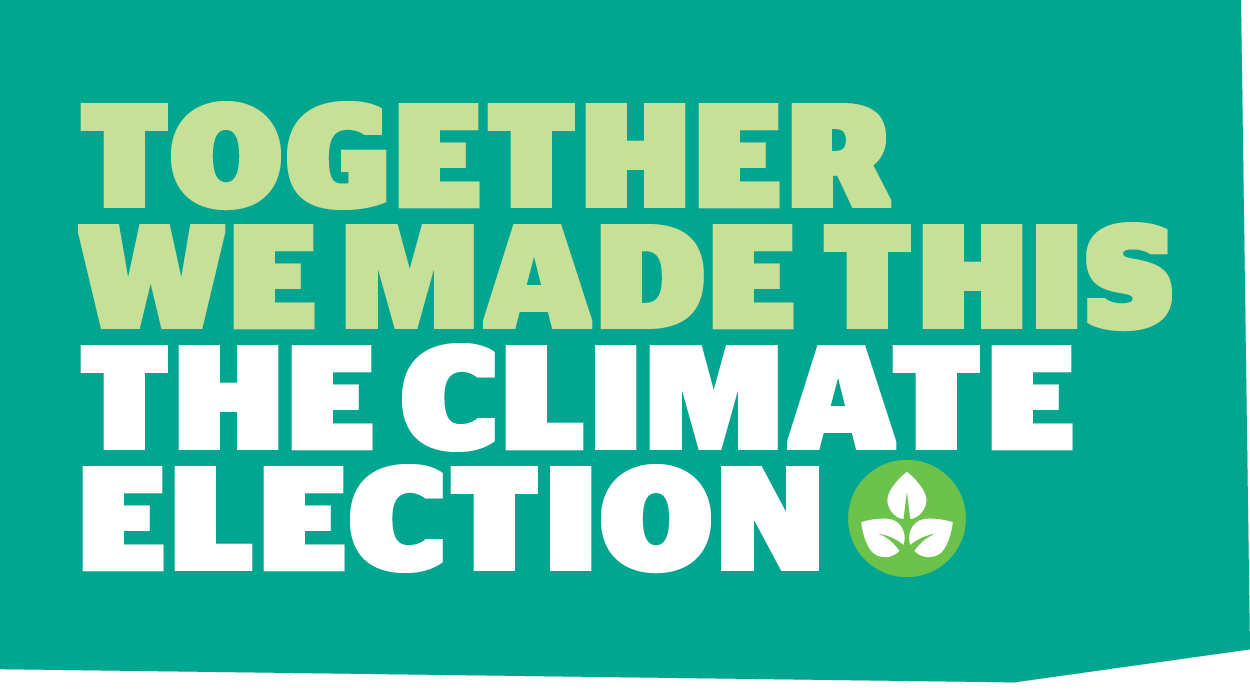 Whatever the outcome of the election, from all citizens of planet Earth – thank you.

THANK YOU for you passion, commitment and determination.

Take a moment to rest and recharge, and celebrate the vital role you have played in making this The #ClimateElection.

Then let’s get to work creating a world that’s good for everyone and every living thing.

Where do the parties stand on extinction?