Australia is experiencing the most devastating bushfire season on record. Millions of hectares of bushland and forest have burned. Thousands of homes, over a billion animals and many human lives have been lost.

But behind the fires are waves of kindness, courage and resilience. People coming together, opening their homes to strangers, cooking meals for firefighters, and tending to injured wildlife.

We’re seeing more and more people speaking up about climate damage and demanding our leaders do better. It’s up to all of us who care to rise with the swell of public support for climate action and provide pathways for people to take action and build the movement.

Unfortunately, we’re also seeing the spread of misinformation – both on and offline. From the causes of the fires to mitigation tactics and finger-pointing, a range of conspiracy theories and lies have begun to pop up and rapidly spread.

Much of this misinformation is an attempt by the conservative media to deflect the conversation away from climate change and action. For example, articles published by Murdoch-owned The Australian claim arsonists are the cause of many of the fires, and ‘greenies’ have blocked backburning efforts. Both of these claims are demonstrably untrue.

What we can do

Let’s use this moment as an opportunity to connect the dots between burning coal, climate damage, and unprecedented bushfires. Many Australians don’t yet fully understand this crucial link, so it’s up to us tell that story.

We can also help prevent the spread of misinformation – on and offline – by telling the truth about the connection between climate damage, coal and the unprecedented bushfire crisis.

How we can do it 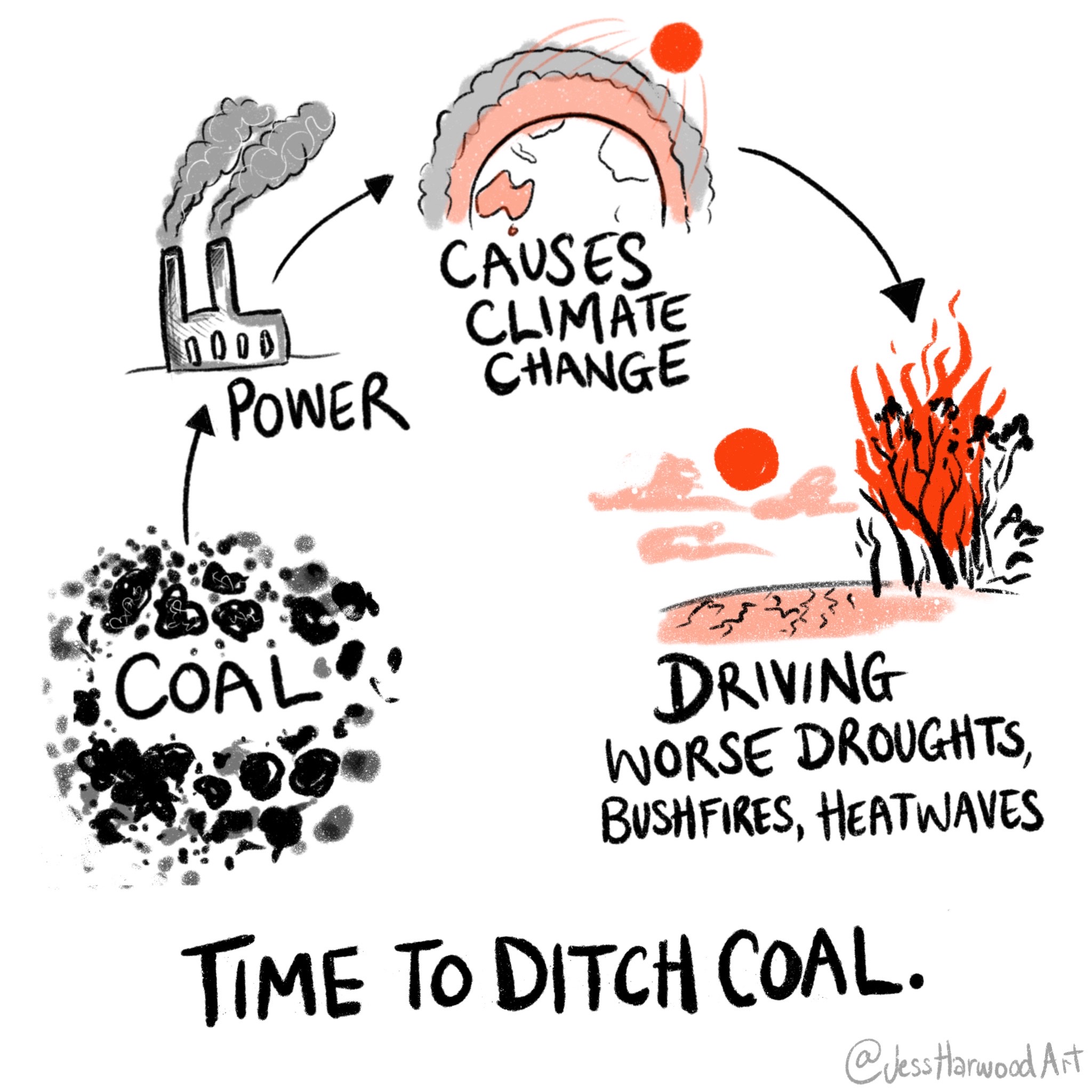 What to say – sample messages

The unprecedented bushfire crisis is fueled by climate change – caused by digging up and burning coal.

Burning coal is heating our planet and causing record-breaking drought and heat, making bushfire conditions more dangerous than ever. Coal is the biggest cause of climate damage in Australia and the world.

For too long, our federal government has put the interests of coal billionaires over people and our planet. In return for political donations, the coal, oil and gas industry in Australia received $29 billion of public money last year.

Enough is enough. Our federal government must end their relationship with coal, ramp up renewables, and make polluters pay for the damage they’ve caused.

We can, we will, we must solve the climate and extinction crisis and create a better world for everyone and every living thing.

What to say – correcting misinformation

Use these responses to guide you.