If you breathe air, live on planet Earth or love nature, this was a bad budget.

I’ve just stepped out of the federal budget lockup – a night when bespectacled boffins like me pore over a big pile of budget papers in a locked room.

I have to tell you, it doesn’t look good.

If you breathe air, live on Planet Earth or love nature, this was a bad budget.

A budget is about finance and economic decisions – but it's really about values. It’s about how our elected representatives choose, on our behalf, to spend our public money. What is most important, and what is least important?

Here’s how this budget stacks up:

A good government would stop companies digging up and burning coal – it’s damaging our climate and fuelling fire-storms, heatwaves, cyclones and floods.

This budget? The Turnbull Government’s listening to the coal barons, not the people. They’re giving Big Coal special treatment and actually paying big mining and big agricultural companies to keep burning diesel, pumping out pollution and damaging our climate.

This bonanza of fuel tax credit subsidies will cost the Australian people $6.9 billion in public money next year, and $29.9 billion to 2021-22.

Coal mining companies alone will receive over $1 billion a year in diesel fuel subsidies over the forward estimates.

And some of the world’s biggest and most polluting mining companies, like BHP Billiton, Rio Tinto and Glencore, will pay no tax on the fuel they use.

The World Bank, the OECD and other major international financial institutions are urging countries like Australia to rapidly end coal, gas and oil subsidies, as they just encourage companies to fuel more climate pollution.

So why on earth is the Turnbull Government choosing to subsidise and prop up polluting companies with a hefty chunk of public money, as they profoundly damage our climate?

A good government would make a plan to stop climate pollution and ramp up clean energy fast – so we can power our cities and towns with energy from the sun and wind. It’s clean, abundant and good for our communities and our planet.

This budget? They've been sweet-talked by the coal lobby to sabotage clean energy and keep us handcuffed to burning polluting fuels like coal, gas and oil.

The Turnbull government has chosen to slash investment in – you guessed it – cutting climate pollution. In 2017-18, the government spent $3 billion. This year, that’ll drop to $1.6 billion, and drop again to a just $1.25 billion in 2021-22. It's just climate change, the biggest issue of our times.

They’ve chosen not to give any more funding to the Emissions Reduction Fund – so there’s no financial support for industry and landowners to cut their pollution.

The Treasurer actually used his budget speech to confirm the government will stick to its ridiculously low 2030 pollution reduction targets.

While the Turnbull Government has largely chosen to push its polluting fuel-focused National Energy Guarantee proposal, it is still to deliver a comprehensive plan make Australia’s economy pollution-free.

This budget also gives no indication about how the Turnbull Government will cut rising pollution from rising from transport, heavy industry and agriculture.

Our Great Barrier Reef is in serious trouble, with back to back bleaching two years in a row. A good government would rapidly cut climate pollution and prioritise coral resilience to give our beautiful reef a chance.

While it’s great the budget includes some funding to improve water quality, tackle crown-of-thorns starfish and build coral resilience, the Great Barrier Reef is in dire trouble. It needs sustained and increased funding to stop run off and meet the water quality targets that have been promised to the international community.

Most critically, this budget does very little to stop the biggest threat to the reef’s survival – climate pollution.

The clear majority of the Great Barrier Reef resilience package will be gone in the current budget year (2017-18). Not all the reef package is new money, with the budget papers indicating a redirection from previously announced funding. It is unclear how much has been redirected.

Really, this budget is just tinkering at the edges while the reef cooks on the Turnbull Government’s watch.

A good government would try to save our endangered wildlife – the thousands of possums, plants and critical ecosystems under threat.

They've made a deliberate decision not to invest in protecting wildlife at the brink of extinction. They've refused to help the scientists who know how to save our endangered species – their recovery plans are just sitting there gathering dust, with no funding to put them into practice. This budget puts in jeopardy threatened whole species of creatures like Leadbeater’s Possums, Palm Cockatoos and Southern Corroboree Frogs.

Money for the environment

A good government would focus on cutting climate pollution, stopping environmental destruction, mending the damage and looking after nature.

Instead, this government has chosen to slash environmental spending by 37 per cent since 2013-14 – even through the overall federal budget has actually increased by 18 per cent.

This is a values choice by the Turnbull Government not to care for our climate, the air we breathe, the water we drink or the web of life we're part of.

Planning for our future means making smart decisions about the world we want to live in. It means making choices to spend public money wisely – in a way that creates the conditions for the whole community of our living world to thrive.

Tonight, we survey the damage.

First thing tomorrow, let's get back to work building a massive wave of people power to stand up to the coal lobby and demand our elected representatives make better choices.

Because government decisions today shape the world – and climate – of people today and the generations that follow. 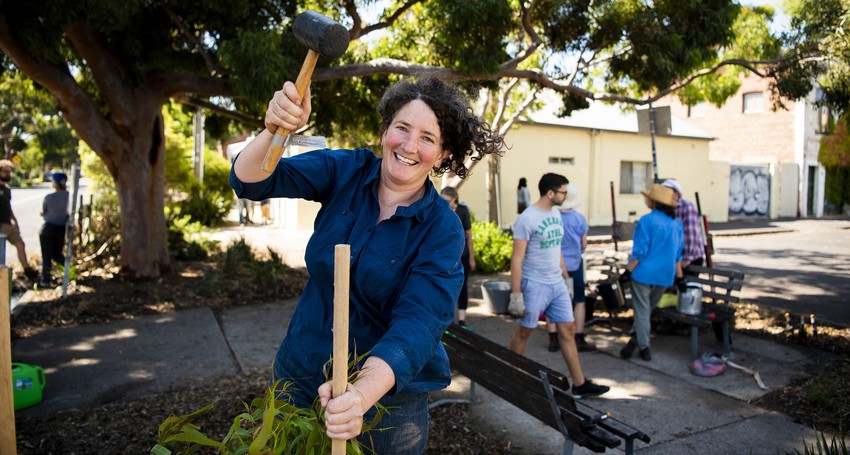