Australia may well have claimed sixth spot on the official Olympics medal count, but a new report finds – contrary to the federal government’s talking points – that its performance on energy and emissions trails the world.

The new report, titled Back of the pack, from the progressive think tank The Australia Institute, compares Australia with 23 similar countries (OECD countries and Russia) across 10 key energy and emissions indicators, including share of zero emissions and renewable electricity, energy consumption, productivity and emissions, and transport emissions.

Australia ranks among the worst performing countries on energy emissions (measured on a per person, per $GDP basis and emissions intensity basis), transport emissions (per person) and non-fossil fuel share of electricity generation, the report finds.

It has been that way for a while. Australia’s ranking has stayed the same or worsened on most metrics since 2005, the report states. Not much has changed, apart from the rhetoric.

Richie Merzian, the Australia Institute’s climate and energy program director, told RenewEconomy he hopes the report will “lift the veil on Australia’s creative methods for meeting its climate targets” and “put pressure back on the Australian government to up its game”.

“The research shows that Australia is not leading the race to reduce emissions in our economy, we are lagging at the back of the pack of developed countries,” Saddler said.

Even in areas where Australia has improved – like share of renewable power – it has been outpaced by other countries, the report finds.

Australian government figures show the share of renewable electricity has grown from 9 percent in 2005 to around 23 precent in 2020.

Even so, the Australia Institute report ranks Australia in the bottom three countries for non-fossil electricity sources, which include nuclear and hydroelectricity together with wind and solar.

On wind and solar alone, other countries are well ahead. Denmark has achieved nearly 80 percent. While in Germany, the United Kingdom, Portugal and Ireland, wind and solar is now providing more than a third of electricity generated.

Transport emissions per capita was another area where Australia lagged, reflecting the slow transition to electric and more efficient transport options. Merzian told RenewEconomy this was because “there isn’t a single policy at the federal level to curb transport emissions”.

The report states, reasons for Australia’s poor performance across the board include a slow shift away from coal and increasing dependence on energy intensive industries such as metals production, the Liquefied Natural Gas (LNG) industry and ammonia production.

Saddler said: “Over the last 15 years, Australia has squandered its golden opportunity to decouple its energy sector from fossil fuels, unlike so many other OECD countries.

“As a result Australians are left with high-polluting and inefficient power, heating, housing and transport. This also drives up our cost of living and drives down our energy productivity”, he said.

This piece was originally published by RenewEconomy 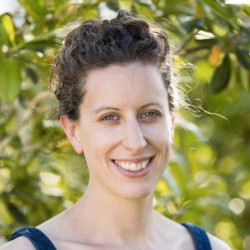