Feeling the heat? You're not imagining it. Temperatures are rising, writes Imogen Jubb

If you feel like it’s getting hotter and extreme weather events are becoming more common in Australia there is a very good reason – it is and they are. The just-released Bureau of Meteorology Annual climate statement demonstrates that 2015 is very likely to be the hottest year globally on record.

In Australia we have seen record breaking hot days, hot nights, early-season fires and drought. Australia’s three warmest springs have occurred in the past three years – and eight of Australia’s warmest years on record have now occurred since 2002.

We are now experiencing changes to extreme events in Australia - notably more fire weather, record-breaking temperatures and heatwaves. We are experiencing the consequences of climate change here and now.

The Bureau’s statement confirms that every year since 1985 has recorded above average temperatures globally. Every teenager alive today has experienced almost only record breaking heat. How much hotter will the rest of their lives be?

The heat this past year brought an early start to the fire season in Tasmania, Western Australia, South Australia and Victoria - 236 homes were destroyed by fire across the country in 2015. Six people lost their lives. These are events of trauma and stress, in some cases it takes years to recover from them.

Farmers are also experiencing the stress of drought across the country. According to the Bureau report, rainfall has been very much below average for large areas of eastern Australia, with water storage levels dropping as a result. Large parts of eastern Australia commenced the year with long-term lack of rainfall and over the course of the year this got worse.

Southern and eastern Australia has experience longer-term drying trends, with a 20 per cent drop in autumn–winter rainfall since around 1970 in southwest Western Australia. There is a similar decline in late autumn and early winter rainfall in southeast Australia since the mid-1990s. The drop in rainfall is well outside past variability.

The hot and dry spring meant losses for farmers as crops failed in southern Australia. Estimated losses were expected to be on the order of at least $1 to $2 billion in Victoria alone.

The hot and dry spring meant losses for farmers as crops failed in southern Australia. Estimated losses were expected to be on the order of at least $1 to $2 billion in Victoria alone.

When natural variability and climate change push in the same direction we will experience weather and climate beyond anything we have known. According to the UK Met Office, the warming of 2015 is predominantly from global pollution, with the El Niño event the icing on the cake.

The global agreement in Paris struck a deal that aims to limit warming by 2.7C when science tells us we need to aim for 1.5 or 2C at most. This presents an enormous challenge. But it is a challenge we can take on.

Already one in four homes in South Australia has rooftop solar. Battery storage will create a revolution in the way we think about energy. The technology for a carbon neutral society already exists. We just need to implement it and do it fast.

The Australian government is talking the talk internationally but not walking the walk in our own backyard. Emissions in Australia are going up since the carbon price was removed.

China has just declared it will not approve any coal mines for at least the next three years. The rest of the world is taking action. We need to start catching up – not taking backward steps.

If the Adani Carmichael coal mine – recently approved by the Turnbull Government – goes ahead, the pollution resulting from that single project will almost entirely wipe out Australia’s pollution reduction commitments in Paris.

Big polluting companies are continuing to damage our climate, and we are experiencing the consequences here and now. The consequences are more fires, more heatwaves, more drought and more extreme weather.

Australians deserve better. We owe it to our farmers, to our firefighters and nurses, the cooks and carers that hold our communities together in times of stress.

Australians want to keep our climate safe. They want renewable energy instead of polluting fossil fuels. We saw mass outpouring of community support for action on climate change with the biggest climate rallies Australia has ever seen at the end of last year in the lead up to Paris. There were massive turnouts of 60,000 in Melbourne and 45,000 in Sydney.

This kind of community spirit and support shows that we can overcome the challenge of climate pollution, limit the extremes we will face and look after each other when they happen.

Our politicians represent us, and have a responsibility to plan ahead for challenges today and tomorrow. Our government has a duty of care to protect life and to look after our communities. They can’t do this and at the same time allow new coal mines to open in our country. 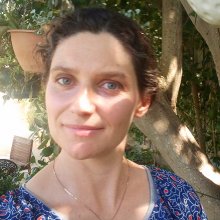