The verdict's in – the court decided under our current laws, Minister’s Hunt’s approval of Adani’s Carmichael coal mine will stand. We lost this time, but it's not over yet.

The court has found that under our current laws, Minister’s Hunt’s approval of Adani’s Carmichael coal mine will stand.

It’s madness that the government can legally approve the biggest coal mine in Australia's history when pollution is killing our reef.

Since this mine was approved, global warming has fuelled the worst coral bleaching on record. If we don’t cut pollution, the Great Barrier Reef could be gone in just a few decades.

This isn’t over. We won’t give up until this mine is stopped once and for all.

We’re bringing hundreds of people together at this critical moment to send our new government a strong message – Australians want you to reject this mine and create strong new laws to protect our reef.

Will you join us to Shine a light for the reef in Melbourne and Brisbane with big, colourful actions? 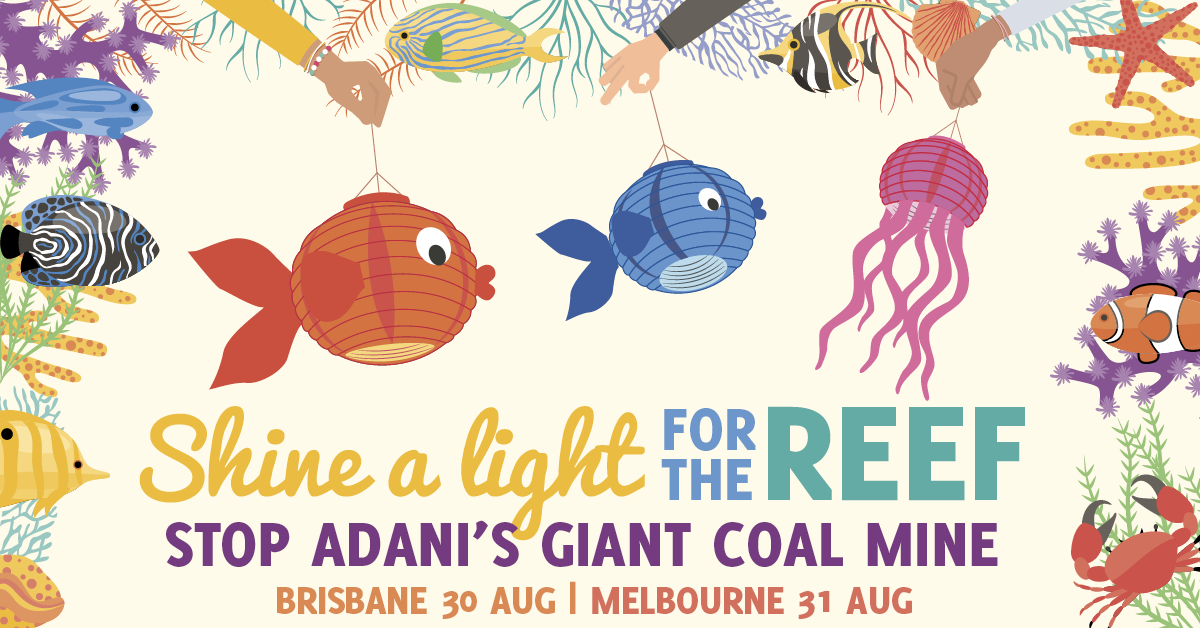 From the moment I dived the Great Barrier Reef as a child, the reef has been close to my heart. And I know it’s close to yours too.

When I saw the bleaching firsthand on Heron Island earlier this year, it was devastating.

The outcome of this court case is critically important. It proves we need a new generation of environment laws that account for global warming. We couldn’t have come this far without you – thank you.

You’ve written letters and emails, called and met with your local MPs, made thousands of origami fish and donated generously to make this court case possible. You’ve proven time and time again, you won’t give up on our reef. And neither will we.

So, let’s keep going until this mine is rejected and we have a new generation of laws that properly protect our magnificent Great Barrier Reef!

Fifty years ago, the ACF community first came together to protect the reef from limestone and oil mining. Today, we can and will protect it from coal mining.

Thank you for all that you do and see you at Shine a light for the reef! RSVP for Melbourne or RSVP for Brisbane

Half measures will not save koala from extinction

Please join me as I Climb It For Climate

Nothing clean about nuclear, coal or gas

What the final report means for our national environment laws