We need strong laws and an independent body which will look out for our rivers and the communities and wildlife who depend on them.

On the morning of 6 January, I woke to find a million fish floating dead in the stagnant river water of the Lower Darling River. My heart is broken.

My community in far-west NSW know our rivers are in dire trouble. My family can't take a shower, or let our dogs play in the poisonous waters. I've seen thirsty kangaroos stuck in mud in the Menindee Lakes. My neighbours are lining up dead Sulphur-crested cockatoos on their front lawn, poisoned from drinking river water.

But this is no natural disaster. Fish are dying because powerful corporate interests and their cashed up lobbyists have rigged the rules, bleeding our rivers dry. For too long, state and federal governments have let them get away with it.

We need strong laws and an independent body which will look out for our rivers and the communities and wildlife who depend on them. 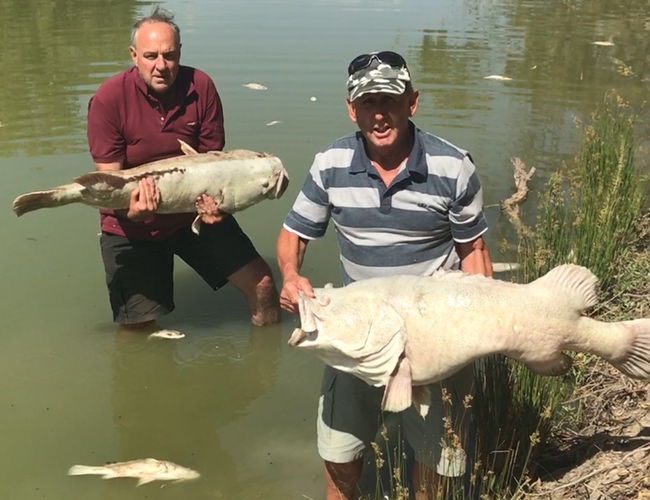 Kate's father, Rob McBride and Menindee resident, Dick Arnold stand in the Darling river, holding Murray cod that have lived through decades of droughts and floods, but could not survive this human-made disaster. Kate's video of their emotional plea has gone viral, with five million views.

Winding across five states, the Murray and Darling rivers feed into hundreds of tributaries and creeks and some 30,000 wetlands. These wetlands and waterways are the sacred homelands of 40 Indigenous nations. They nourish ancient river red gums and are nurseries for fish, frogs and turtles.

Wildlife, millions of people, and 20,000 farms – including ours – rely on Murray-Darling Basin river water. It's our lifeblood.

We warned the NSW and federal governments this would happen if mismanagement continued.

It was a terrible day to wake up and find that we were right. My only hope is that this tragedy is the wake up call that finally changes things so that the next generation of wildlife can thrive.

Stand with me and call for proper independent oversight of environmental plans.

This story is now huge on social media and now we must raise our voices to decision makers together.

The federal government has bent over backwards to avoid responsibility for the health of the Murray-Darling Rivers. It blocked officials appearing at the South Australian Royal Commission and slashed the amount of water returned to these rivers.

And the Murray-Darling Basin Authority has been missing in action amid allegations of water theft.

While drought is one factor in the heart-breaking death of these fish – and climate change means we can expect more devastating droughts – these fish are dying because of mismanagement of water. With massive algal blooms, dry wetlands and salinity, our rivers are sick.

After 18 months of allegations of water theft, mismanagement and undue influence of powerful corporate interests, a responsible government would step in and look after our rivers.

We cannot wait any longer. Will you sign the petition asking Scott Morrison and Bill Shorten to set up an independent Federal EPA to protect our rivers? 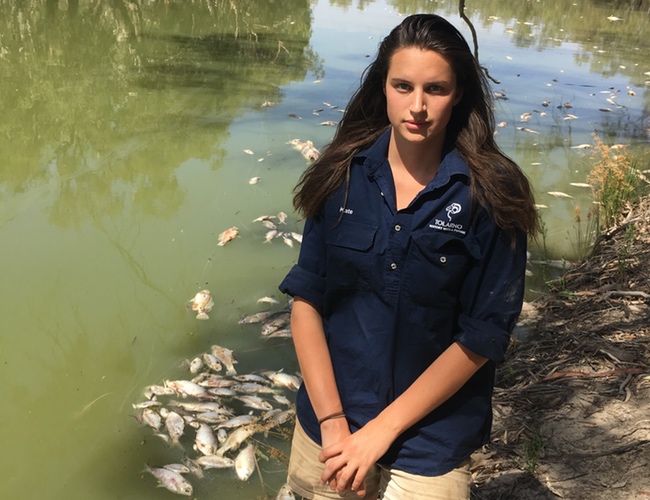 Kate McBride stands in front of the Darling River on Tolarno Station.

The Murray-Darling Basin Plan is supposed to ensure our rivers survive dry periods. A million dead fish shows the plan alone is not working. We can seize this moment to demand a new generation of laws for nature, backed by institutions with the power to actually protect our rivers.

Join me in calling on our elected representatives to end the industry-dominated, one-sided approach to the management of the Murray-Darling Basin.

We all drink water. We all live upstream and downstream from each other. We share the rivers with these fish too.

If this is not a wake up call, what is? 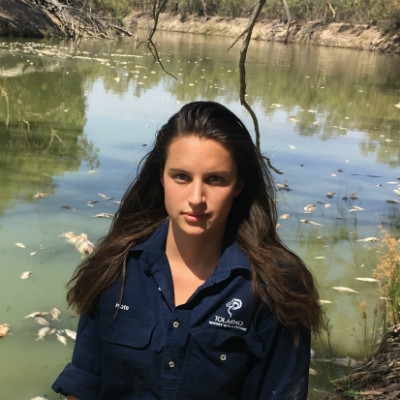